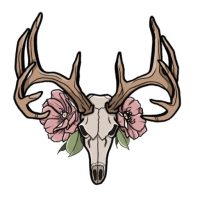 My god am I scared to write this first blog entry. Exposing myself to public opinion. Running the risk of being criticised, analysed, judged. I am afraid. I am fearful. I fear fear itself.

“So, first of all, let me assert my firm belief that the only thing we have to fear is…fear itself — nameless, unreasoning, unjustified terror which paralyzes needed efforts to convert retreat into advance.”

Fear has been a recurring theme in my life. I remember, when I was a 10-year old, I climbed a 30 meter high wall in an abandoned quarry. At one point, I was just hanging there, seeing no way further up the slope and seeing no way back. I hung there, paralyzed, in terror, afraid I was gonna fall. I finally made it. Why am I telling you this? Well, I think the story teaches a lesson. Feeling fear. Acting on fear. Overcoming fear. I did not feel my fear before I started scaling the wall. I did not see the risk. I suppressed my fear. I overcame it. And I risked my life in the process.

Not wanting to feel fear, suppressing and overcoming it against my most basic instinct is a recurring theme in my life. As a boy, I wanted to be loved, respected and popular among the other kids. So I took up every challenge. Climbing this and that. Jumping from a 10 m tower or off a cliff. I started to become the showman I was in my teen and early adult years. Give me a stage, and I will perform. No matter how it made me feel. All just for the fix of feeling appreciated. I wanted to be a hero. The boy wonder. The prince. A theme that still haunts me today. Aragorn, in Lord of the Rings, before the battle in Helm’s Deep says to himself “I give hope to men, I keep none to myself”. That is pretty much how I thought about myself. A courageous leader, without fear, so that the other could be fearless themselves. I read a lot at that age and was drawn to fantasy and sci-fi. I always identified with the hero. Most of us probably do. But it quickly became more. I started to imagine what it would be like to be this hero myself. To read the Neverending Story and become Bastian Balthasar Bux, the shy protagonist with his counterpart Atreju. To ride Fuchur in real life. Be the character. Not “Dividing Fiction from Reality” (Sparrows and the Nightingales, Wolfsheim). When I was ten years old or so, there was a very popular kid’s show on TV called “The Little Vampire”. It was set in a tomb where a family of “nice” vampires lived. They all had cloaks with which they could fly. But they needed “flying powder”. I dreamed of being a vampire, and have such a cloak. I imagined Rudiger (the hero) placing a jar of flying powder under my desk each day before I came back to school. It never happened, but I believed, that, if I really wanted it, it would happen. I recently found out, that this is the way the universe works. But thats another story, and will be told at another time.

That still is my mechanism. Not wanting to feel fear. Fleeing into a heroic reality, compensating all my weaknesses in a manic fantasy of omnipotence, courage and valour. Charging myself with the thought that I alone could save the world. Seeing myself standing in a pillar of light, bursting with energy, ready to change the world. Then, when nothing like that happens, capitulating in front of this grandiose imagery, feeling small and worthless and collapsing into depression. Fear of fear itself became so strong, that I manifested my heroic fantasies and ensuing collapses so strongly that I was finally diagnosed bipolar. I manifested an illness in order not to have to feel fear. The swings became so strong, that my whole world was shattered into pieces. That was the point where I started to become aware of this pattern and tried to change it. My bipolar disorder was a curse, but also a blessing. I learned a lot about myself. But fear came last. It is only in the past year or so that I allow myself to feel it. And for a large portion of the time, I still  suppressed it because I believed some idiots that stated that enlightened spiritual beings must release fear.

I now know that this is a load of crap. I feel my fear now. I work with it every day. I let it flow through my body. Fear is a powerful emotion. Fear is energy. Fear guides us.

In 11th grade, I had to analyse “The Fairly Intelligent Fly” for a term paper. I wrote one sentence: “The speaker of this poem is a very fearful person”.

Well, the author of this blog is a very fearful person. But that will not stop me. Aware of my fear, I will reclaim my life, without heroics, without collapse, without bipolar disorder. One step at a time.

“Together we’ll stand, fighting for our lives, to become the ones we want to be.”

Free your mind and let it flow... Cancel reply

View all posts by Benjamin Hittel

Talking about bad astronomy everywhere it rears its ugly head.

Be You - Be Different